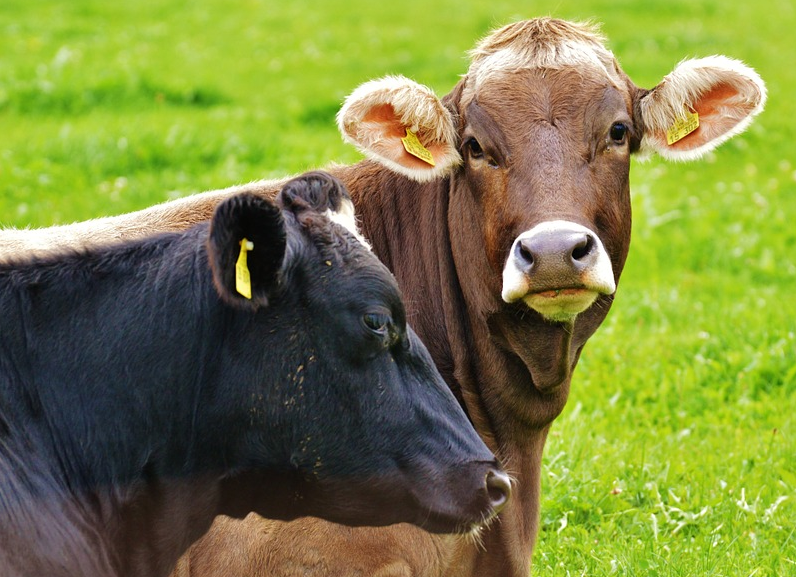 Dairy cows productivity is directly related to their health. Dairy cows are quite susceptible to diseases. There are hundreds of dairy cattle diseases that will not only cripple your dairy farm but also see you counting losses. Most of these diseases can be avoided or controlled.

Which Are The Common Dairy Cow Diseases?

This is a highly fatal bacterial infection. Black leg infection is caused by bacteria known as Clostridium chauvoei. It is an acute infection that affects cattle, goats, sheep and buffaloes. Normally, it affects cattle at the age of 6 to 24 months. Surprisingly, it tends to be prevalent in cattle in great body condition. 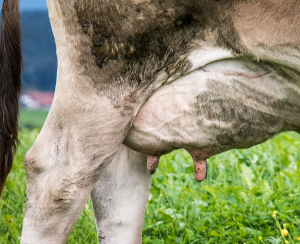 Black quarter is a soil infection that is common during the rainy season. In some areas, it may be sporadic. In India, it has been reported to affect most cattle especially in dumpy conditions.

Blackleg disease in dairy cows is treated with the use of penicillin. It’s only effective when administered during the early stages. The best way to eradicate black quarter disease is adopting preventive measures which include isolation of sick cattle, clostidial vaccination and burning or deceased dairy cows as well as the upper soil. Burning ensures that the bacteria spores are eradicated thus avoiding spread of the disease.

Mastitis, just as it is common in humans, is prevalent in dairy cattle. This is the inflammation of udder and teat glands that is not only painful but also fatal. Mastitis is one of the dairy cow diseases that results in huge losses.

Once mastitis strikes a dairy farm, it’s quite hard to eradicate.  This explains why most dairy herd health management programs are centered on the control of mastitis. Mastitis in dairy cows is not easy to control and will require a good understanding of the disease and its management. 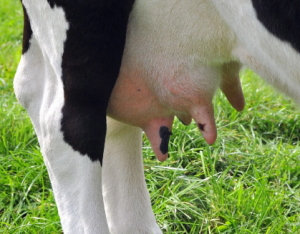 Mastitis infects the teats and udder that have suffered injuries or exposed to the bacteria. Dairy cows may be exposed to mastitis bacteria through milking machines and equipment, bedding (sleeping mats and mattresses) and the barn in general.

The main bacteria that cause mastitis in dairy cows are the Strep agalactiae and Staph aureus bacteria. The bacteria live in cow udders and are spread by infected milk, stripping spray, milker’s hands, infected milk splashes or teat cup liners.

Mastitis can either be environmental or contagious. Environmental mastitis is the mastitis that is collected from the environment. The bacteria mainly rest on cow bedding, soil, manure, water and feeding troughs or calving pads. Contagious mastitis on the other hand is caused by the mastitis bacteria that live inside the cow udder.

Signs and symptoms of mastitis in dairy cattle

Treatment And Control Of Mastitis

Mastitis is one of the most stubborn common dairy cow diseases. Its stubbornness will be dependent on the severity of infection and the etiological agent involved. Some of the proven treatments for mastitis in cattle include; penicillin, tyrothricin, gramicidin, sulphonamides, acriflavine and streptomycin.

Rabies is a viral disease common but not limited to wolves, dogs, hyenas and foxes. Over the past few decades, cases of dairy cows being infected with rabies have been reported. Rabies is commonly transmitted when an animal is bitten by another animal that has the disease. This is because the disease causing virus (lyssavirus) resides in the host’s saliva.

The virus replicates in the body. Its exterior membrane interacts with the acetylcholine receptor. It then releases a single strand of RNA and 5 proteins into the cytoplasm. This enables the rabies virus to affect muscle cells and later infiltrate the immune system. 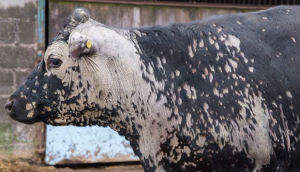 The rabies virus incubates in the dairy cow’s body for a period of 2-10 weeks. Rabies virus in human beings incubates for 1-4 months. The time taken for the signs to be seen in affected animals depends on the bite distance from the brain. A bite on the leg will take longer than one on the neck.

It’s easy to tell when a cow has been bitten. However, the bite may be small or hidden making it hard to point out. In some cases, the animal may be scratched by infected canines. In such cases, you should look out for signs and symptoms such as;

Treatment And Control Of Rabies In Cattle

The best way to control rabies is vaccination of all canines in the dairy farm. Engage a professional veterinary and use the recommended vaccines. In cases of an outbreak, you may need to vaccinate the cattle. Pay close attention to the calves.

Dairy cows infected with rabies may be treated with the use of 100g of Achyranthes aspera (leaves of chirchra) grounded together with 50g of onion. The mixture is smeared on the bitten section. For the best results, administer the extract from the mixture orally (twice a day).

Anthrax is fatal bacterial infection. It is caused by Bacillus anthracis and is known to result in acute mortality in ruminants. Normally, the bacteria hibernate for 1-3 days. The affected dairy cow will thus show signs after 3-7 days. 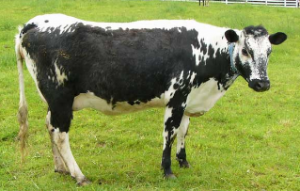 Research shows that anthrax is a zoonotic disease. It mainly affects hoofed animals such as cattle, sheep, deer, antelopes, camel among other herbivores. Anthrax manifests itself in dairy cows as acute septicemia and has a high mortality rate. In most cases, it will be accompanies by hemorrhagic lymphadenitis.

Anthrax may attack at any time of the year. The B anthracis spore tends to lie dormant in the soil for decades. It can thus affect the cattle as it grazes and ingests huge quantities of the spores. Though it’s not common for anthrax to be transmitted from one cow to the other, this may be facilitated by biting flies.

The flies transmit spores from one cow to the other. This is common in seasons characterized by heavy rainfall that encourages high fly hatching.

Other sources of anthrax in dairy cows may be hay and grass mudded with anthracis contaminated soil. The disease may also be transmitted through contaminated feeds.

A cow suffering from acute anthrax will show signs such as;

Diagnosis And Treatment For Anthrax

Every dairy farmer needs to be very keen on their animals’ health. If you suspect anthrax infection in your dairy herd, engage a veterinary to conduct laboratory confirmatory examination.

Vaccination against anthrax should be carried out if you suspect anthrax infections in the farm. Anthrax endemic areas need more attention. Cows in such areas should be vaccinated a month before the expected month of disease occurrence.

Dairy cows infected with anthrax may be treated with the use of antibiotics such as penicillin. Other antibacterials that may be used include gentamicin, amoxicillin, ciprofloxacin, streptomycin, chloramphenicol, erythromycin and doxycycline.

Foot And Mouth Disease In Cattle 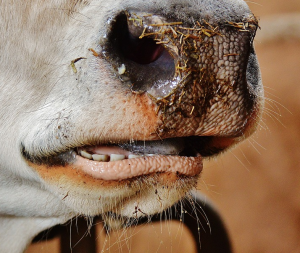 Foot and mouth disease (FMD) is a viral disease that is known to result in high fever as well as blisters on the foot and mouth of affected animals. The blisters get to the point of rupturing affecting the cow’s locomotion and may cause lameness.

Foot and mouth disease is caused by a picornavirus virus that may manifest in seven distinct serotypes. These include A, O, C, Asia 1, SAT 1, SAT 2 and SAT 3. The virus mutates in the rate similar to RNA viruses.

The FMDV is transmitted when cattle get into contact with inanimate objects, affected animals, fomites or contaminated fodder vehicles. The semen from affected bulls may also be a source of the virus. The virus may also be transmitted by humans with infected bodies and clothing.

There’s an old English saying that says that an ‘ounce of prevention is worth a pound of cure’. This holds a lot of truth when it comes to dairy farming. Much as you may have tons of information on the common dairy cow diseases, your success will be pegged on the effort made to prevent and avoid these diseases.

Dairy herd health management seeks to encourage dairy farmers to understand their herd and the health needs. This equips the farmer with the skills and techniques to manage diseases and mitigate the losses associated with such diseases.

There are hundreds of diseases affecting dairy farms across the United States of America. We have only discussed some of the common dairy cow diseases. We hope that the information detailed here will help you make informed decisions. Grow a healthy dairy cow herd. Manage the dairy herd diseases before they get out of hand.